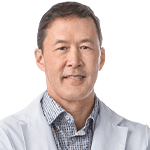 A: I’ll tell you exactly why, because I watched it happen. I attended a very progressive med school in the 80s – more than 50% of my class were women, and women’s health was an area of intense research and interest. Treating menopause misery with hormones was becoming standard of care – NOT treating them was almost considered misogynistic, like it was abusive. Even 40 years ago, we already knew it went way beyond hot flashes. We knew skin was better, that the vagina stayed youthful, sexual function maintained, and brain function improved. Plus there was early research pointing to improved longevity from reduced heart attack and stroke risk. Whether you were a family doctor like me, an internist, or a gynecologist, we were ALL trained to treat menopause – because it affects 100% of women, eventually! We would never just ignore it. For my first 10 years or so of practice, it went like this: when women became menopausal, we recommended hormone replacement therapy: pills called Premarin, and a synthetic type of progesterone too. And that helped a lot of people. Millions. But there was a problem.

Premarin, the main kind of estrogen available at that time, wasn’t normal human-type estrogen. In fact, it came from horses, that’s how the drug company made it: Pre-mar-in was short for pregnant mare urine – that was the source for it.

Then in 2002, the Women’s Health Initiative study was released. It showed conclusively what many other smaller studies had been hinting at – treating women with Premarin increased breast cancer risk, and ALSO cardiovascular risk. It was a big deal. The whole thing blew up. Within just a couple years, the recommendations completely changed – instead of recommending HRT, now we were supposed to say something along the lines of “I can help your symptoms, but it might give you breast cancer or a heart attack.”

At the same time though, newer human-identical (now called bioidentical) hormones were being developed that would eliminate the negative risks of Premarin and synthetic progestins. But it was almost like the negative momentum of that one huge study was too much to overcome – med schools and residency programs literally stopped teaching the importance of HRT, and instead focused on the increased risk that had only been shown with the now obsolete animal estrogen.

That whole thing happened almost 20 years ago, and to this day we are still stuck with its legacy – conventionally trained doctors are either fearful of prescribing HRT because of risks that no longer exist, or have been taught that the only thing it really helps is hot flashes – not the myriad health problems it improves, or risks it prevents.

But the truth is out there. Most docs trained in the past 20 years just aren’t into optimizing hormones in women during perimenopause – but if YOU want to live your best life, we’re here, others are here who are well informed, well-trained, and will help you.

Schedule your complimentary consultation at www.regencenonlinebooking.com.

What Our Clients Are Saying

Please fill out the form below and we will reach out to you to schedule your appointment.
231.347.7395• email@cslcmichigan.com